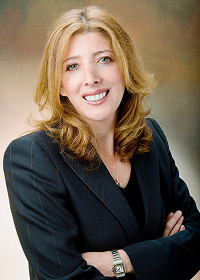 Lisa A. Lori, a partner in the litigation and intellectual property departments at Philadelphia-based Klehr Harrison Harvey Branzburg LLP, has been elected chair of the board of trustees for Marywood University. Her term will commence on July 1, 2016, and will coincide with the arrival of Marywood University’s 12th president, Sister Mary Persico, IHM, Ed.D, and Marywood’s entry into its second century of existence. Persico currently is completing her tenure on the management team of Trinity Health, the second largest Catholic health care system in the country. Her experience in health care will support Marywood's largest segment of the student population who are majoring in health-related sciences.

Lori is a trial lawyer and business adviser who focuses her practice on complex commercial litigation, including intellectual property, employment, fraud, and business matters and investigations. Lori consistently has been recognized every year since 2014 as a Pennsylvania Super Lawyer—a recognition bestowed upon only 5 percent of the lawyers in the state. Lori also is rated AV Preeminent by Martindale-Hubbell—a peer rating signifying the highest level of professional excellence for legal knowledge, communication skills and ethical standards.

Marywood University, founded in 1915 by the Sisters, Servants of the Immaculate Heart of Mary, is a private, co-ed university in Scranton, Pa. This year, Marywood University was ranked No. 4 in the United States by USA Today for the best U.S. colleges to study health professions, had two Fulbright Scholarship winners, and was ranked No. 26 of the 50 Best Doctor of Psychology programs in clinical psychology in the United States from Best Counseling Degree.

Lori was born and raised in Luzerne County, Pennsylvania. She is the daughter of Arthur and Rosemary Lori, Pittston, Pa.

The Importance of Reunions for Education Fundraising