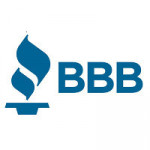 Eighteen nonprofits located in or near Richmond, Va., have reported receiving donation offers from an alleged British philanthropist—who was actually a scam artist.

A philanthropist from London, England, using the name Kenneth (or Ken) McFarlane, emailed these nonprofits, offering five-figure donations, according to the Better Business Bureau (BBB) in Central Virginia.

SwimRVA, which teaches kids to swim even if they cannot afford lessons, was one of the targeted groups, according to CBS 6. The group’s Executive Director Adam Kennedy received an email late last year with “McFarlane” offering a $30,000 donation.

Although he was skeptical, he received a check for almost $40,000 Jan. 6. Before his organization could cash the check, “McFarlane” sent a follow-up email, blaming the extra money on an accounting error and requesting $10,000 be returned.

“Once they asked for money back it was a no-go, and we tore up the check at that point,” Kennedy said.

Three of the 18 charities received checks for $39,850, and McFarlane used the same tactic of requesting money back that he did with SwimRVA. The checks were worthless, so some charities paid bank fees for the fraudulent check and could have lost $10,000 each if they fell for the scam, according to BBB.

“This is really an old twist on an old scam,” said Tom Gallagher, president and CEO of BBB serving Central Virginia, in a statement. “We’ve seen this same kind of scam for years, just not lately. It’s sickening that charities, which serve youth, veterans, and those needing health care in our community, are being targeted.”

The scammer stole the identity of Kenneth C. McFarlane, one of the directors of McFarlane Latter Architects in London, BBB reported. The emails matched his name and contact information and resembled the U.K. architectural firm’s website design.

“You’re not going to get a contribution for $40,000 unless you’ve been working that," Gallagher told CBS 6. "These things don’t just happen."

B Generous to Match Donations Through New Platform