Taking that first step is what separates those who dream about creating change from those who actually create change, those who are change-makers. The nonprofit sector is a unique and powerful sector because of this. It’s a hard sector to work in, but those who choose to work in it are people who have all the right “stuff.” And the stuff I’m talking about can’t be bought.

Strong-willed, loyalty to the cause and resiliency are what separate people in nonprofits from the rest of the world. But here’s something else: fearlessness. Creating social change in the world is all about taking risks, and that’s terrifying. Taking that step into the unknown raises questions, doubts and, of course, fears. The biggest thing that holds people back from taking that leap of faith is uncertainty.

“What can one person do? How much change can I create? Who will listen to me?”

And the truth is that you are the only person who can answer those questions. What are you willing to risk to save the world? How are you trying to make a world a better place?

What Does It Mean to Be Fearless?

In a world where the future is full of unknowns, and there is so much to be fearful of, being fearless isn’t as easy as it sounds. But what do we mean by being fearless, anyway? 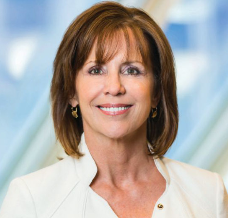 We had the wonderful opportunity to interview Jean Case, co-founder and CEO of the Case Foundation, as well as chairman of the National Geographic Society. She recently released a new book, “Be Fearless,” which inspired the topic of this issue’s cover story.

When we think about fearlessness, it’s not putting on a mask, internalizing our fears and pretending that our fears don’t exist; rather, it’s about having the ability and strength to look fear or failure in the face and facing it head on.

In her recent book, Case shares the five principles that can help you cultivate fearlessness. Within these five principles, she shares her personal journey and guides you down the right path, with helpful steps, to help you achieve fearlessness… and get one step closer to being the change that the world needs (see sidebar on page 18).

While the social sector thrives off of the generosity of others, there’s a natural tendency to avoid taking big risks. That’s when the fear of the unknown comes into play—and that’s a fear that we all know, whether we’re in the social sector, or not.

“People might be a little more concerned with trying new risky ways forward, but the bottom line: my view is everyone I’ve ever really known since we started the foundation, who has been engaged in nonprofit or philanthropic work, has done so because they have both a heart for this world, but also a real passion to see change,” Case said.

And that begs the question, are you someone who has a heart for this world and a real passion to see change?

Putting Your Investment Where It Matters

And we’re not talking little leagues here, people. If you are dreaming of changing the world, dream big. As explained in Case’s first principle, “Make a Big Bet,” it’s highly important for you—a person who is trying to change the world—to have really have big ideas, not to settle for incremental change. “I think this is something nonprofits need to be reminded of all the time. As we like to say, traditional models aren’t keeping pace with our changing world,” Case said. “So really stepping back, not looking at incremental change, but asking, ‘What’s a really big bet?’”

Taking a really big bet… that’s easier said than done, but we never said you weren’t going to fail. To succeed in anything in life, for anyone, you will encounter failure; but it’s what you decide to do with that failure that will define who you are as a person. In Case’s third principle, “Make Failure Matter,” the idea is if you’re going to take a risk, there is, undoubtedly, going to be a risk of failure. And, honestly, that risk is probably going to be exceptionally high if it’s your first ball game.

“Clearly, with change-makers and innovators through time who have broken through, what we see is their ability to stare that failure in the face and keep moving; and in many cases, actually becoming stronger or better perfect their ideas as they take them forward,” Case explained.

She continued, “If we understood things, like R&D, we would understand that there are going to be trials and errors as we try to take forward new ideas. Let’s learn from those errors. Thomas Edison said, ‘I haven’t failed, I’ve just found 10,000 things that won’t work.’ It’s going take finding a lot of what won’t work before we can also figure out what will work to transform communities.”

How does one nonprofit stand out and create social change? With so many nonprofits out there, it’s important to understand that majority of those are smaller nonprofits; nonprofits started by one person and, maybe, have staff of five to 10 people—maybe even less!

“Too often, nonprofits don’t do the important work of looking around and asking if there are unlikely partnerships they could build to help them either go faster and further—or to
literally disrupt themselves,” Case said.

As an example, National Graphic Society is a 131-year-old nonprofit, but, as Case explains, three years ago, the organization decided to partner with 21st Century Fox to bring forward all of its commercial business—television channels, social media footprint, magazine, etc. By building an unlikely partnership, embracing a big media company, it helped the organization to broaden its perspective and to extend its reach. Additionally, the partnership helped National Geographic complement 21st Century Fox in ways its brands needed, too.

“One thing that I’ve really been happy to engage in, in the past, and have helped some organizations with, is even the idea of mergers and acquisitions,” Case said. “At one level, it’s a crazy concept in nonprofits, but I’ve seen the power of it.”

For all the nonprofits struggling out there and that are looking for advice to create social change: leveraging some creative reach beyond your organization to build an unlikely partnership approach is much needed—and can make the impossible become possible.

So how are you—or someone in your nonprofit—overcoming fears in the name of social good to create big change in the world? Drop me a line at nhute@napco.com.