B Generous Processed $250,000 in Donation Loan Requests and Approved $1M of Credit 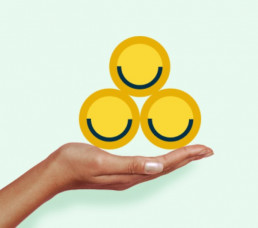 B Generous, a fintech-for-good company offering a first-of-its-kind Donate Now, Pay Later (DNPL) product, announced it is currently partnered with 80+ national and regional nonprofit organizations and has received more than $250,000 in donation loan requests in its first 90 days since launch, and approved $1 Million of interest free credit for donors.

B Generous allows donors to make a charitable donation to a nonprofit without paying any money at the point of donation, but the nonprofit receives the donation immediately, and the donor gets their full tax deduction right away. The donor then pays the donation over 3, 6 or 9 months without any interest, fees, or costs. According to Nonprofit Source, the average online donation in 2022 was $128, while the average Donate Now, Pay Later donation through B Generous was $470.67 – a 267% increase or 3.5x over average donations.

Founded by three-time, venture-backed entrepreneur and philanthropist Dominic Kalms, with a goal to help nonprofits better scale their mission, B Generous currently partners with many leading charitable organizations including PETA, The Jewish Federation, Boy Scouts, CORE Response, The Green Bronx Machine and many more national and regional charities with new partners added each day.

"Getting the money up front allows our organization to do less fundraising. We quickly exceeded our $5,000 goal since adding the Donate Now, Pay Later technology," said Stephen Ritz, founder of the Green Bronx Machine, a nonprofit that runs urban agricultural programs in schools. "This platform has increased donations from small donors, broadening the number of people closely tied to the Green Bronx Machine. Our average donation was $26 previously, but since implementing B Generous, most donors doubled their donations."

In three months since launch, B Generous, has received $250,000+ in donation requests through 500+ donation applications and has around $300 Million total contributions under contract. This is just the tip of the iceberg as B Generous believes it will be issuing up to $1 Billion per year in philanthropic loans within four years.

"B Generous's philanthropic credit product leverages a successful retail model to power giving on a greater scale. Studies have shown that Americans are incredibly generous and continue to be so even in an economic downturn, as shown by the amount donated this Giving Tuesday," explains Kalms. "However, cash flow remains a challenge for many nonprofits. Donate Now, Pay Later not only more than triples the average donation for nonprofits, but it also allows the nonprofit to receive the funds upfront which solves the problem of liquidity and eliminates the risk of cancellation that comes with other giving methods such as monthly giving or pledges."

In addition to adding nonprofit partners daily, B Generous is developing new ways for donors to give with plans to add additional features that will allow donors to finance gala tickets, charitable auction items, etc. B Generous is also in the process of integrating into several leading crowdfunding and donation management platforms with those releases set to go live in late 2023.