2018 Marketer of the Year: Lara Banks 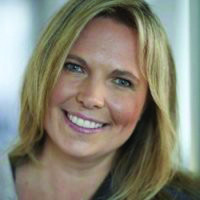 One of Lara Bank’s first visions when arriving at St. Michael’s Hospital Foundation was to transform its newsletter into a consumer-friendly magazine that would raise St. Michael’s profile and generate revenue. Six years later, Urban Angel has become the foundation’s flagship publication—with a print run of 55,000 copies.

Her strategic marketing efforts (spanning from poster campaigns and video manifestos to national advertisements and event collateral) played a significant role in helping the foundation succeed and surpassed its goal of $210 million for its largest campaign in history: Inspire 2018. Under her leadership, her team has acquired various accolades: Aster Awards, Marcom Awards, Hermes Creative Awards and recognition in SOFII.

“The marketing and communications team has great admiration for Lara’s creativity, ingenuity and strategic instincts. Good leaders have vision, but it takes a great leader to turn that vision into a reality.”