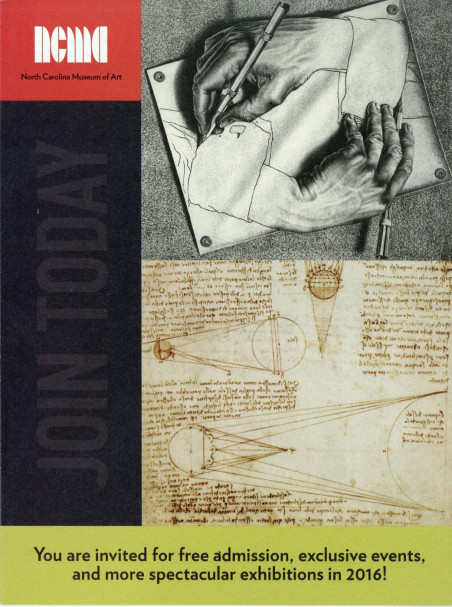 Why It Won
This membership effort faced two significant challenges and met each well. First,  it found commonality between two artists—Leonardo da Vinci and M.C. Escher—and was able to communicate how the works of both provide glimpses into their extraordinary minds. Second, it repeated the benefits of membership throughout every element of the package—outer, letter, brochure and reply form—including an insert that spelled out what members receive and broke down specific levels.

The letter, and to a lesser extent, the brochure, noted that both exhibitions are rare and exclusive—a powerful emotional driver. Given the museum’s reach, some regional or state pride may have played a role in the mailing’s success.

The final results are impressive. Compared to the previous benchmark of  Fall 2014, there were big increases in many metrics. Net revenue increased by a whopping 378 percent, and the uptick in response rate to 2.59 percent shows that the campaign resonated with donors compared to the previous effort. Well done  all around.