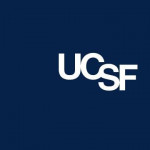 Atul Butte, MD, PhD, who is helping to guide UC San Francisco into a new era of computational science and medicine, has been named the Priscilla Chan and Mark Zuckerberg Distinguished Professor at UCSF.

Butte, who leads UCSF’s Institute for Computational Health Sciences (IHCS), believes that the “trillion points of data” already in the public sphere hold keys to everything from repurposing FDA-approved drugs for new diseases to finding better ways to deliver health care and keep patients safe.

With a $10 million gift from philanthropists Priscilla Chan, MD, and Mark Zuckerberg to support his work and launch the ICHS, Butte is spearheading an approach to research that he calls “data recycling.” In contrast to traditional clinical research, which involves recruiting new groups of patients and collecting data from scratch, Butte argues that probing already existing, publicly available data—which now amounts to millions of gigabytes—can yield a wealth of insights into health and medicine to those who know how and where to look, all while protecting patients’ privacy.

How a Nonprofit Can Establish a Scholarship Fund
Comments
Find Resources