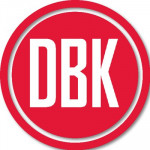 The University of Maryland will receive almost $220 million, the largest donation in its history, from the A. James and Alice B. Clark Foundation.

The donation of $219,486,000 will create and fund a variety of need-based scholarships, graduate fellowships, faculty positions, programs and infrastructure for this university and its engineering school, which bears Clark's name. It was announced at a ceremony Wednesday that included Gov. Larry Hogan, Maryland House of Delegates Speaker Michael Busch and University System of Maryland Chancellor Robert Caret.

The gift will be paid out over the next decade, said Courtney Clark Pastrick, board chair of the Clark Foundation and A. James Clark's daughter. About half of it will go toward need-based scholarships, doubling this university's financial aid support, she said.

"My dad was extremely committed to creating affordability and access to an education at his favorite school," she said.