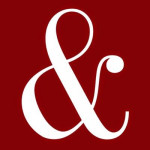 UNC-Chapel Hill will announce a drive to raise $4.25 billion by the end of 2022 in what would be the largest campaign in the Southeast and the second-highest total among public universities.

In a celebration Friday and throughout the weekend, university leaders are unveiling a campaign that has been quietly underway for three years. Already, $1.7 billion has been pledged in the fundraising effort.

By the end of the weekend, UNC officials will have announced more than $100 million in new donations, including a $50 million gift from the campaign chairman, John Townsen, and his wife Marree Townsend, which will be divided among the Ackland Art Museum, College of Arts & Sciences, Kenan-Flagler Business School, athletics and other areas.