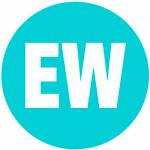 Stephen Colbert and Nick Kroll have found a million reasons why that awkward puberty stage everyone goes through is a great thing.

Last week, the duo encouraged celebrities to share their most embarrassing photos from their teenage years with each one resulting in a $1,000 donation to Hurricane Maria relief in Puerto Rico. On Thursday’s "Late Show," Colbert and Kroll revealed that the #PuberMe campaign has resulted in $1 million raised.

The money raised for One America Appeal came from CBS, the Americone Dream Fund, Kroll and his Netflix series Big Mouth. Between them all, the total was sitting at $999,000. “We made it so close, but what can we do?” said Colbert of coming up just short of $1 million. “If only we had one more awkward celebrity puberty photo… but we just don’t.”

Not so fast, as Lin-Manuel Miranda emerged from backstage to great applause. The Hamilton mastermind was among the celebrities to previously share their photos, joining Jimmy Kimmel, Lena Dunham and Seth Rogen.