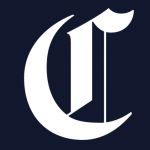 Some key differences between “Shark Tank,” the hit reality show airing on ABC, and 100&Change, the first-of-its-kind MacArthur Foundation grant competition that saw its version of a final four present their ideas before a Chicago audience Monday:

“Shark Tank” is about bringing a product to market, a new twist on the paper clip or a brownie that doesn’t go to your hips or some such. 100&Change is a quest for a solution to a global problem worthy of the Chicago charity’s largest-ever grant of $100 million.

“Shark Tank” ideas have never been pitched by a Muppet developed to help children in Jordan learn to read and write. The stage of 100&Change, in a ballroom at the Loews Hotel, was visited by Tonton, who came on with her puppeteer to tell of a refugee girl from Syria she befriended—and to argue for the early childhood education project backed by Sesame Workshop and the International Rescue Committee, founded by Albert Einstein.

Questions to Increase Your Chance for Funding