Penn State Philanthropy Campaign Ahead of Schedule in First Year 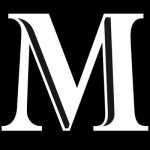 "A Greater Penn State” is proving to be pretty great so far.

The university's five-year fundraising campaign has just closed out its first year. With 20 percent of the effort in the bag, officials say it is ahead of schedule. In fact, it has already eclipsed the $300 million raised in the 1986 to 1990 “The Campaign for Penn State.”

With a $320 million annual goal, the campaign's first year progress is $350.4 million. Of that, $304.6 million is specifically noted as being raised in the 2016 to 2017 fiscal year. According to president Eric Barron, the remainder comes from prior gifts that were specifically designated by the donors to be counted toward the campaign.

Some of the gifts were big.

Charidy Releases the 60 Charitable Changemakers of 2019