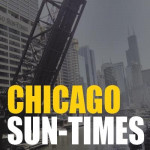 The Barack Obama Foundation contributions jumped to a little more than $13 million in 2016, according to an IRS filing released last Thursday, and donations are expected to skyrocket in 2017 with the lifting of a self-imposed $1 million cap and former President Barack Obama free to make direct appeals.

Obama discussed plans for his Obama Foundation with potential mega donors—and gave them a sneak preview of the model of his Obama Center in Jackson Park—at an exclusive Apr. 24 dinner he hosted at Cindy’s rooftop restaurant at The Chicago Athletic Association Hotel.

The Obama Foundation is making the transition from reliance on political-style fundraising, which by nature is usually short term, to the longer term institutional giving a high-profile nonprofit will need to flourish in perpetuity.