Nonprofit Programs at the Center of the FBI’s Basketball Probe 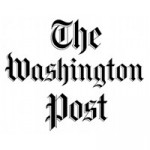 The easiest, cleanest way to get the money from Adidas to the high-school recruit and his family, the men agreed according to a federal complaint, was to launder it through the nonprofit headquartered here, in a five-bedroom home with blue siding, a brick walkway and a well-manicured lawn in the middle of a nondescript suburban neighborhood about 30 miles from Disney World.

The nonprofit was controlled by Brad Augustine, director of an Adidas-sponsored Orlando-area club basketball program who met with several other men in a Las Vegas hotel room on the night of July 27, according to the FBI. The purpose of the meeting, a complaint later stated, was to arrange payments from Adidas to an unnamed high school basketball player and his family to ensure the player eventually attended Louisville, whose basketball team is sponsored by the shoe company.