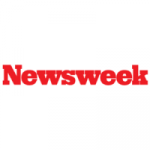 A motor neurone disease charity said an influx of donations and visitors to its website following the death of Stephen Hawking caused it to crash as it couldn’t cope with the “overwhelming” demand.

The MND Association, based in the U.K., said it had so many visitors to its site following the death of the renowned physicist at the age of 76 that its servers could not cope.

Hawking, who became a patron of the charity in 2008, was diagnosed withamyotrophic lateral sclerosis, a form of MND, when he was 21 years old.

Despite many people with the disease dying within the first few years of diagnosis, with around a third not surviving past a year, Hawking managed to live for more than 50 years until his death at his home on Mar. 14.