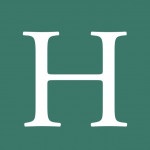 The American July was inspired by the U.K.’s plentiful charity shops, or secondhand stores comprised of donated goods whose proceeds benefit certain causes. “Every faith, every disability, every cause has a charity shop and that just doesn’t exist anywhere else in the world,” July told The Guardian. “There’s something that feels very hopeful about them.”

Yet, instead of selecting one religious charity for the shop to assist, July chose four. She worked with the Norwood Jewish Charity Shop, the London Buddhist Centre Charity Shop, the Spitalfields Crypt Trust Charity Shop (which assists people who are homeless, impoverished and struggling with addiction), as well as the Islamic Relief Charity Shop to create what is billed as the U.K.’s first interfaith charity store.