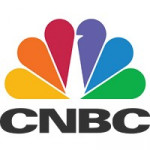 Melinda Gates is seen as one of the most influential women in the world, both inside and out of the philanthropic space.

Yet, when she launched the Gates Foundation back in 2000 with husband and Microsoft co-founder Bill Gates, Melinda intended on having a more "behind the scenes" role.

"I had purposely tried to be behind the scenes, even with the foundation work when the kids were young, because I wanted them to get up and into school and have that privacy," Gates, philanthropist and co-chair of the Bill & Melinda Gates Foundation, told CNBC Meets.