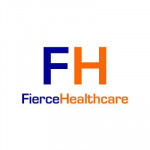 The Internal Revenue Service has revoked the nonprofit status of a hospital for the first time since new charity care reporting requirements went into effect late last year.

The name of the hospital is redacted from the text of the tax status letter (PDF). The letter is dated Feb. 14 but was released on the IRS website earlier this month. An IRS spokeswoman also declined to name the hospital, according to an article from the Healthcare Financial Management Association.

The IRS deemed the hospital “egregious” for its failure to meet the requirements, concluding that it had “neither the will, the resources, nor the staff to follow through” with them. The reason for the revocation, according to the letter, is that the hospital did not make its community health needs assessment widely available to the public online, though it offered physical copies on request.

Which ‘Harry Potter’ Hogwarts House Would Run the Best Nonprofit?