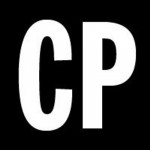 When last we spoke with International African American Museum president Michael Moore earlier this month, he promised a few six- and seven-figure donations would soon be announced. And the man tasked with raising $25 million in private funding for the museum wasn’t lying.

On Monday, the museum announced a $500,000 corporate investment from the Michelin Corporate Foundation. According to a statement released by the museum, there now remains $12.5 million in private fundraising left to go before they reach their goal.

“Michelin has long exercised its leadership in South Carolina since opening its first plant here more than four decades ago,” said Moore. “This generous gift fortifies and expands Michelin’s commitment to our state and further demonstrates its value for diversity.”