Humble Bundle Has Something to Brag About: $100M to Charity 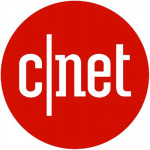 Back in 2010, Jeffrey Rosen and John Graham were developing a game called "Overgrowth" and wanted it to get noticed online. If that was ever going to happen, they needed to do something innovative.

"We wanted to come up with the craziest and best promotion we could think of," Graham said.

The result was Humble Bundle, a website that lets customers pay what they want for digital content, such as ebooks and mobile games. Customers decide whether the money from their purchases goes to content creators, charity, the Humble Bundle team or a combination of the three.

In the company's first experiment, CEO Rosen and COO Graham launched the "Humble Indie Bundle," a collection of five indie games they hoped would bring in $100,000 in sales over an 11-day period. The bundle far exceeded their expectations, bringing in $1.27 million from 130,000 purchases.