Houston's Charities Rank No. 1 in the Country—Again 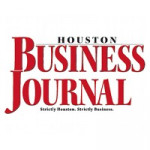 Despite the oil downturn’s effect on Houston, the Bayou City is still the No. 1 most charitable place in America.

Charity Navigator’s annual Metro Market Study ranked Houston’s charities No. 1 for overall financial health and commitment to accountability and transparency. It also found that Houston's charities received proportionately the most donations of any city in the analysis. The total contribution to Houston charities is nearly $4.32 million, according to Charity Navigator.

How to Use Social Media to Acquire Donor Prospects

The Importance of Focusing on Your Best Prospects