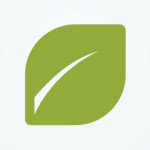 What’s the best way to steward Millennials? What motivates a Baby Boomer to make a contribution to a nonprofit? Who exactly is a Gen Xer? Answering these questions gives nonprofits a deeper understanding of generational giving patterns. With this knowledge, nonprofits and their development teams can tailor their communication when creating fundraising campaigns. And, ultimately, steward current and prospective donors on a more personal level.

Generally speaking, each generation (and the people within each generation) acts, thinks and feels differently from one another. With that in mind, outreach to each group should not be a one-size-fits-all effort. This two-part series will first focus on getting to know each generation and analyzing their giving patterns. Then, we’ll take a deeper dive into how nonprofits can use that information to speak to every generation of donors.

Baby Boomers are the leading contributors of charitable giving (for now). In 2017, they donated nearly $60 billion to nonprofits, representing 41 percent of total monetary contributions for the year. Boomers, those born between 1946 and 1964, generally follow more conventional giving patterns.

For instance, they often give to the same or similar organizations their parents did. One of their biggest motivating factors is family tradition. They grew up watching their parents and grandparents give to foundations that supported a specific cause. As a result, they now donate in a similar fashion. This essentially keeps the causes they support and charitable giving patterns consistent across generations.

Baby Boomers are generally more likely to give to religious or spiritual causes, with a bulk of their donations going to their church. While they are quick to write bigger checks, they volunteer less frequently than their younger counterparts and often focus on volunteering within their religious community.

Almost 75 percent of the Boomer donor pool says that the best way to inspire younger generations is to be a role model for charitable giving. With Boomers contributing nearly half of the monetary donations to nonprofits in 2017, it’s safe to say they are leading by example.

Donor Identities Are Not Personas

The Vanguards of Social Change