Why Your Fundraising Needs Kryptonite 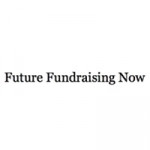 Or, he was at first. Think about it. Faster than a speeding bullet. More powerful than a locomotive, able to leap tall building in a single bound. X-ray vision. Invulnerable.

He should never lose any conflict with anyone.

Yawn. Who could sustain interest in a hero who automatically wins every time?

That's why the creators of Superman had to invent Kryptonite—a glowing green mineral that makes the Man of Steel go as limp as overcooked pasta if he gets near it.

Kryptonite was first mentioned in "The Adventures of Superman" radio show in June 1943. That's five years after Superman was first published.

5 Reasons You Need to Read Your Work Out Loud

Can You Fake Caring?

Why You’re a Better Writer Than Stephen King