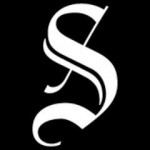 Michael and Susan Dell announced Friday that their foundation is launching a Rebuild Texas Fund with a goal of raising $100 million for the long-term recovery of communities affected by Hurricane Harvey.

Appearing on “Good Morning America” along with Gov. Greg Abbott, the Dells announced an immediate gift of $18 million, with a goal of raising $36 million through a four-day matching campaign over the holiday weekend in which they will donate an additional dollar for every $2 contributed. The Dells both grew up in Houston.

People can donate by texting 91999 with the words “RebuildTX.”

“These are such great Texans and a storm that has been as large as Texas requires a response as big as Texas and I think Michael and Susan Dell and their foundation, you know they’ve been innovation and technology leaders in the world and they’ve also now been leaders in the foundation area and we need their support as well as the support of people across the world,” Abbott said.