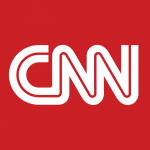 The Democratic Congressional Campaign Committee last week crossed the $50 million threshold in online fundraising for the 2018 election cycle, more than doubling its 2016 pace ahead of the party's push to take control of the House in November's midterm elections.

The soaring online fundraising comes in part from more than 310,000 first-time donors in the 2018 election cycle.

The strong DCCC fundraising comes after Democratic challengers in two dozen competitive districts outraised GOP incumbents in House contests last quarter, but official arms of the party, including the Democratic National Committee, have struggled. The DNC raised $67 million total in 2017, half of the Republican National Committee's haul. The DCCC raised $105 million in 2017—nearly half of it from online donors—topping the National Republican Congressional Committee's $85 million.