Corrine Brown Sentenced to 5 Years For Stealing From Bogus Charity 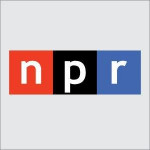 Former Rep. Corrine Brown has been sentenced to five years in prison for pocketing hundreds of thousands of dollars from donors who believed their money was going to charity. A federal judge on Monday sentenced the Florida Democrat, who was voted out of office last year, on 18 crimes ranging from conspiracy to fraud.

"It is a sad day for everyone. It is a sad day for this community," Judge Timothy Corrigan said in court, according to The Associated Press. "I was impressed with all the outpouring of support for you and it's a tribute to you and the work you've done ... and that makes it more tragic and sad."

The prison sentence marks the coup de grâce for Brown's political career, which at one time was lauded for its historic, trailblazing achievement. When she won election to the House in 1992, Brown became one of the first three African-American lawmakers from Florida to be elected to Congress since Reconstruction.