Can Religious Charities Take the Place of the Welfare State? 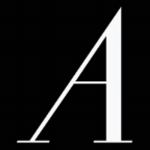 President Trump’s initial budget proposal would end aid for poor families to pay their heating bills, defund after-school programs at public schools and make fewer grants available to college students. Community block grants that provide disaster relief, aid neighborhoods affected by foreclosure and help rural communities access water, sewer systems and safe housing would be eliminated. Mick Mulvaney, the director of the White House Office of Management and Budget, suggested recently that even small amounts of federal funding for programs like Meals on Wheels, which delivers food to house-bound seniors, may not be justified.

With billions of dollars worth of cuts to federal social services likely ahead, the wars of religion have begun. Bible verses about poverty have suddenly become popular on Twitter, with Republicans and Democrats each claiming to better know how Jesus would think about entitlement spending.

What You Can Learn From the Founder of Malala Fund