Cambodia's Prime Minister Wants to Expel a US Charity 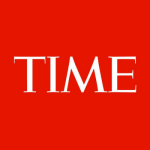 Cambodian Prime Minister Hun Sen said Tuesday that a U.S. charity "must get out of Cambodia," accusing the organization of making misleading exaggerations about the country's sex industry during an interview aired on CNN, the New York Times reports.

CNN's report, "Life after trafficking: The Girls Sold for Sex by Their Mothers," was a follow-up to a 2013 documentary on sex trafficking shot largely in the fishing village of Svay Pak, an infamous center of child prostitution throughout the 1990s and early 2000s. The report featured interviews with officials at a Christian NGO called Agape International Missions (AIM), and with trafficked women and girls the organization had rescued in Svay Pak.

But soon after it aired—and although it featured the head of AIM saying the local situation had improved—the government accused Agape of overstating the issue. The Prime Minister, reportedly speaking at a commencement ceremony in the capital Phnom Penh, lashed out at the organization, pledging that it must leave the country "by any means" and that the children under its care would be transferred to government custody.

2021 Marketer of the Year: Nicole Williams