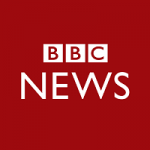 Bill Gates has given away $4.6 billion to charity in his largest donation since 2000. He remains the world's richest person, despite giving away 64 million shares in Microsoft.The shares are equivalent to 5 percent of his total fortune, currently estimated to be $89.9 billion.

Since 1994,  Gates and his wife Melinda have given away a total of $35 billion in cash and stocks to a range of charitable causes.

The donation was made in June, but became public on Monday following the filing of a document with the U.S. Securities and Exchange Commission.