Beckham Fights Back on Claims Criticizing His Charity Work 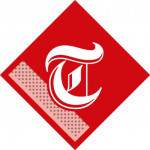 David Beckham has hit out at claims that he used his children’s charity work as part of a cynical campaign to win a knighthood.

The former England captain has angrily denied getting involved with Unicef’s campaigns and projects only in order to build a favorable public image and present himself as a fitting candidate for the senior honor.

The claims came after a series of emails purporting to be from Beckham, in which he appeared to rail at not been selected for a knighthood.

In one he allegedly states:

They r a bunch of c***s. I expected nothing less. Who decides on the honors [sic]?? It’s a disgrace to be honest, and if I was American, I would have got something like this 10 years ago.

Are You Planning Your Follow-Up Stewardship?

Thank You Cards for #GivingTuesdayNow

Fundraisers: Take Care of Yourself First