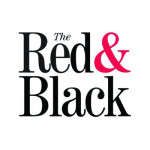 The Arthur M. Blank Family Foundation has donated $1 million to the University of Georgia College of Pharmacy and $500,000 to the Georgia Commitment Scholarship Program.

Arthur Blank is the co-founder of The Home Depot and owns the Atlanta football and soccer teams the Falcons and Atlanta United. His wife, Angela Blank, is the director of the Blank Foundation.

Arthur and Angela's $50,000 donation will be matched by the Commit to Georgia campaign "to support educational opportunities for students residing in [Atlanta's historic] Westside communities," according to a UGA press release.

“The gift of education has the power to change one’s future, and that’s exactly what we hope these scholarships do for UGA scholars and Westside residents,” Arthur Blank said in the release.