Anonymous Bitcoin Whale Promises to Give $86M to Charity 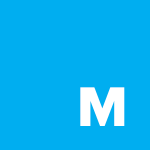 If you had a fortune in bitcoins, what would you do with it?

One Bitcoin whale (a term often used for someone who owns a lot of bitcoins) has decided to simply give most of it away to charities.

The anonymous benefactor announced his intentions on Reddit, and launched a site for this endeavor which he had called the Pineapple Fund.

"I remember starting at bitcoin a few years ago. [B]itcoin has changed my life, and I have far more money than I can ever spend. My aims, goals and motivations in life have nothing to do with having $X million or being the mega rich. So I'm doing something else: donating the majority of my bitcoins to charitable causes. I'm calling it "The Pineapple Fund," he wrote on Reddit.

According to its website, the fund is donating to worthy charities, preferably registered, and not individuals, but exceptions may be made in "exceptional circumstances."

Are the Rich Motivated to Give Differently?

Wealthy Donors (and the 'Ick' Factor)

The Giving Patterns of Wealthy Philanthropists

It's Time to Listen to Your Donors
Comments
Subscribe
Find Resources